T is for Tolkien (and Dickens) Grandsons Collaborate for Book

A grandson of JRR Tolkien and a descendant of Charles Dickens are to collaborate on two new fantasy books for children.


Poet Michael Tolkien, the eldest grandson of the The Hobbit author, will write two novels based on stories his grandfather read to him as a child.
Gerald Dickens, (Dickens, the great-great grandson of Charles, will narrate the audiobook versions.  Both works are due to be released later this year.

Publisher Thames River Press said the first book, Wish, was inspired by Florence Bone's 1923 story, The Rose-Coloured Wish.  It tells the story of two children who set out to use an evil enchanter's wishing chain of stones to save their alpine valley, only to fall into trouble.

Michael Tolkien was introduced to the tales in the 1940s and 1950s as a child, and he later read them to his own children.  He said he decided to pay tribute to the now-neglected tale and to "recreate the spirit of the original in new dress." 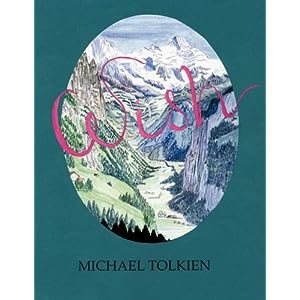 The second book, Rainbow, is based on Bone's 1910 novel, The Other Side of the Rainbow. Dickens said: "Wish is a timeless story which children will enjoy for years to come. Michael Tolkien has brought it to life in narrative verse."