Looking for some scary books to get in the Halloween mood? Below, GalleyCat  (Jason Boog) has collected 25 free scary books you can download right now.   How much scary fun is that!

Have a look at the video at the end of the post!

In 2010, novelist Neil Gaiman created the “All Hallow’s Read,” literary holiday, a night to give someone you love a scary book. The writer explained the new tradition in the video embedded above–here’s more from the official site:

Obviously, we support bookshops and authors, but more than that, this is about making a holiday tradition of book-giving. So feel free to give second-hand books or books from your own shelves. And feel just as free to buy a beautiful new book from a small independent bookseller, or from online or… look, there’s no wrong way to buy a book. You can even gift it to their Kindle … If you do not know what scary book to give someone, talk to a bookseller or a librarian. They like to help. Librarians will not mind even if you admit that you are not planning to take out a book, but instead you are going to buy one and give it to someone.

Top 25 Free Horror eBooks on Project Gutenberg
1. Frankenstein by Mary Wollstonecraft Shelley
2. Dracula by Bram Stoker
3. The Strange Case of Dr. Jekyll and Mr. Hyde by Robert Louis Stevenson
4. The Fall of the House of Usher by Edgar Allan Poe
5. The Monkey’s Paw by W. W. Jacobs
6. The Phantom of the Opera by Gaston Leroux
7. The Vampyre; a Tale by John William Polidori
8. The Mysteries of Udolpho by Ann Ward Radcliffe
9. Varney the Vampire by Thomas Preskett Prest
10. The Monk; a romance by M. G. Lewis
11. The Wendigo by Algernon Blackwood
12. Dracula’s Guest by Bram Stoker
13. Lair of the White Worm by Bram Stoker
14. The Willows by Algernon Blackwood
15. Wieland: or, the Transformation, an American Tale by Charles Brockden Brown
16. Edgar Huntly by Charles Brockden Brown
17. The Jewel of Seven Stars by Bram Stoker
18. The Beetle by Richard Marsh
19. The House of the Vampire by George Sylvester Viereck
20. The Lady of the Shroud by Bram Stoker
21. The Damned Thing by Ambrose Bierce
22. The Damned by Algernon Blackwood
23. The Parasite by Sir Arthur Conan Doyle
24. Clarimonde by Théophile Gautier
25. Curious, if True by Elizabeth Cleghorn Gaskell
Posted by Unknown at 8:27 AM No comments:

Here is an interesting potential turn of events, not to be expected by the west.  And although I never write of political goings-on, I thought this of sufficient importance to include the material in my blog today.

The Iranian cultural minister Ali Jannati has said that the government will reconsider allowing books that had previously been censored in the country. According to a report in The Guardian, Jannati said that “books subjected to censorship or denied permission to be published in the past will be reviewed again.”
The move comes as a new president has taken power in Iran. Here is more from The Guardian: “The new move come under The minister’s words suggested an opening-up of the country’s publishing industry under new president Hassan Rouhani, who has already signalled his willingness to make changes by agreeing to the first presidential telephone conversation with the U.S. since the 1979 revolution.
Under the former president Mahmoud Ahmadinejad, Iran censored many books including Tracy Chevalier’s Girl With a Pearl Earring and Dan Brown’s The Da Vinci Code.
What do you think will be the outcome?  Please leave a comment on your thoughts about this all important human consideration.
Posted by Unknown at 8:42 AM No comments:

Since the first vignette is about John le Carre, I will tell you a little thing that happened to Mr. le Carre and to me.

While walking with friends in Hampstead, London, I saw an older gentleman and presumably his wife, walking toward us on the sidewalk.  As we met, I lost my footing and inadvertently pushed the man off the sidewalk and into the street.  After many apologies on my part and nothing but kindness on his, we all went on our way.  Our friend, who lived in the neighborhood, said, "You just pushed John le Carre into the street!"  All I can say is, 'What a nice fellow!'


As an MI5 officer, le Carré spent his 90 minute train rides from Buckinghamshire to London penning his debut novel, Call for the Dead. Le Carré quipped, "The line has since been electrified, which is a great loss to literature."

Instead of hopping in an actual tub, every morning Benjamin Franklin took what he called "tonic baths" in the open air of his bedroom-he'd shed his clothes and work naked, for up to an hour ...

Agatha Christie had two important demands for the renovation of her mansion. She informed her architect, "I want a big bath, and I need a ledge because I like to eat apples." Christie constructed her plots in a large Victorian tub, one bite at a time.

Maya Angelou writes in the isolation of a hotel room. To ensure there are no distractions, she requests that everything be removed from the walls. Her own essential tools, which she brings into the bare room, include yellow pads, a dictionary, a thesaurus and a Bible. She used to also bring sherry and an ashtray.
And perhaps the strangest of all:

Dame Edith Sitwell had a ritual of lying down before she set pen to paper. Rather than reclining on a bed or a couch, though, she chose to climb into an open coffin. In those morbidly tight quarters, the eccentric poet found inspiration for her work.
Celia Blue Johnson is the creative director of Slice, a Brooklyn-based nonprofit literary magazine. She is the author of several books, most recently, Odd Type Writers: From Joyce and Dickens to Wharton and Welty, the Obsessive Habits and Quirky Techniques of Great Authors.

It is always exciting and fulfilling to win a book award after one's hard work in writing it.  I am truly happy and honored to announce that my children's book, Katrina and Winter:  Partners in Courage, (Guardian Angel Publishing) has been chosen for two awards by the prestigious Children's Classics Awards. 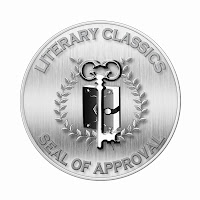 What are the Children's Classics Awards?  In their own words: 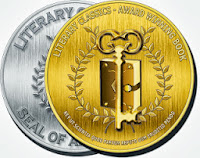 At Literary Classics, we believe literature is a critical component in the development of young minds.  Through well-crafted literature we foster creative thinking, enhance word recognition, improve cognitive skills and help achieve a greater understanding of people and the world around us.


At Literary Classics, we provide book reviews for children's and young adult books.  We offer an international book award program, and we endorse exceptional literature through our Literary Classics Seal of Approval. 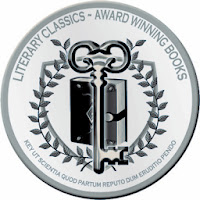 On behalf of Katrina Simpkins and Winter, the dolphin, of course, I am pleased to accept these two awards.  It is my hope many of you will read the book.  Katrina and Winter are truly inspirational on their own.  As a team, they are unstoppable!

The list includes picture books for preschoolers as well as books for older readers like "The Hobbit" and "Harry Potter and the Sorcerer's Stone."  Others included in the list are:
"The Cat in the Hat," "Pippi Longstocking" and "Where the Wild Things Are."  The exhibit on children's literature at the library's main building in midtown Manhattan.  Blume and Carle joined librarians for a reading and panel discussion.

"Viewed over time, children's books are the collected memory of our hopes and dreams," said moderator Leonard Marcus, a book critic and the curator of the exhibit. "They are the message in a bottle that each generation tosses out to the next generation in the hope that it may wash ashore and be read and be taken to heart."
Blume, whose "Tales of a Fourth Grade Nothing" is on the list, said that when she was in the fourth grade herself she always had stories in her head.  Of that, she said:

But I never told anybody about them because I thought if I did they would think I was weird.
Since Blume began publishing in the 1970s, many of her books dealing with subjects like racism, divorce and sexuality have been banned by authorities who considered the topics inappropriate for children.

Books that are loved by children are often the books that scare adults.

Carle made the library's list with "The Very Hungry Caterpillar," his 1969 picture book about a voracious bug that becomes a butterfly. He said he created the caterpillar by folding and manipulating paper; he first thought of the character as a bookworm, Willie the Worm.
And I had this wonderful editor and she didn't like the worm so much.
Carle read his brand-new book, "Friends," about a boy who swims across a river and climbs a mountain in search of his friend.
Posted by Unknown at 8:46 PM No comments:

Email ThisBlogThis!Share to TwitterShare to FacebookShare to Pinterest
Labels: Eric Carle, Judy Blume, New York Public Library, Tales of a Fourth Grade Nothing, The Cat in the Hat, The Hobbit

Who Is Your Favorite Nobel Prize Winning Author?

Who is your favorite Nobel Prize winning author? The Nobel Prize for Literature website listed the “Most Popular Literature Laureates” on its website, and some of the names might surprise you.

This blogger's favorite winner is Winston Churchill's The Second World War, given in 1953.  Run down the list to see if there is one that draws you.
Since 1901, 105 Nobel Prizes in Literature have been awarded to 109 laureates. The average age of these laureates is 64 years old and only 12 women have received the prestigious prize.
Below, is the the entire list–complete with links to their biographies at the Nobel Prize website.


*This information is also provided at GalleyCat by Jason Boog.
Posted by Unknown at 7:52 AM No comments:


Here is an interesting slice of across the board arts consumption of adult in the U.S. in 2012.  You may be surprised.

The National Endowment for the Arts released its annual Public Participation in the Arts report, revealing that 54 percent of adults read books that were not required for work or school last year. Are you surprised?
Beyond that figure, 45 percent of adults read novels or short stories. As you can see by the chart embedded above, electronic media was the dominant medium for art consumption.

Posted by Unknown at 9:32 PM No comments: