We are a very Scottish family.  Each New Year's Eve (or Hogmanay in Scotland) we give a party, and many of the men dress in kilts.  Haggis is served, and there is never a scrap left. 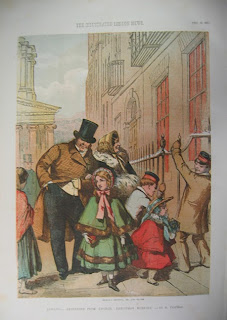 My cousin, Tim, who lives in Boston, always attends the party and introduced us to the Scottish tradition of first-footing.  The custom says if the first visitor who arrives at your house after midnight of the new year is a tall male with dark hair, good luck will follow you for the next twelve months.  This gentleman also must bring gifts with him.  He usually brings scotch (no surprise there), salt, bread and always coal.
Tim, who fortunately for us, happens to be tall with dark hair, follows this tradition slavishly.  Just before the stroke of midnight, he leaves our house by the back door, braving cold and sometimes snow, and knocks at the front door.  Quite ceremoniously, he presents us with a bottle of single malt scotch, salt, a loaf of bread and a cachet of coal.  The problem, of course, is the coal.
Prior to his debut first footing evening, Tim began searching Boston for a lump of coal.  He thought it would be easy to tuck it into his suitcase and go.  This was not to be, as no one had just a lump of coal.  If anyone sold coal at all, the smallest amount was fifty pounds.  Tim searched the greater Boston area for coal sold in smaller amounts.  There were no smaller amounts.  Fifty pounds.  Take it or leave it.  He chose the former and drove to his condo, richer by fifty pounds of coal.
That was four years ago.  Tim now has forty five pounds of coal in his condo, tucked away in a closet.  As long as our New Year's Eve party continues, there is hope of his coal's diminishing bit by bit.  If not, perhaps he may want to have an A Christmas Carol party that features the reformed Ebenezer Scrooge who burns the stuff all at one go.
Happy New Year/Hogmanay to you all!
Posted by Unknown at 10:36 PM No comments: Links to this post

Here is the Cover of One Pelican at a Time

My first picture book in the Bella and Britt series will be out soon.  One Pelican at a Time is the story of the two girls and their valiant struggle to save the life of the old crooked beaked pelican.  Along the way, they help other endangered pelicans as well. 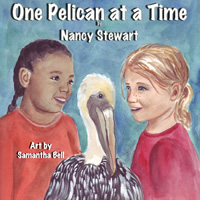 Samatha Bell is the artist, and you can see a sample of her work here on the cover.  I am so delighted that she will be the artist for the other two books in the series, Sea Turtle Summer and Bella Saves the Beach.
Of course, many thanks to my wonderful publisher, Guardian Angel Publishing, and in particular, Lynda Burch, without whom none of this would be possible.
Posted by Unknown at 4:36 PM 2 comments: Links to this post

The Generosity of Christmas in September

My husband and I did not want to go to the dinner party.  Our friends, the hosts, implored us, and we gave in.  They were entertaining four people from Peru, Costa Rica and Bolivia along with a translator and did not want to run the language barrier gauntlet alone.
As it turned out, there were ten of us for dinner.  The South American guests, all journalists sent to the US on tour by our State Department, spoke enough English to get along.  It was certainly better than my Spanish.  They were charming, urbane and well educated.  We had a wonderful time right from the beginning. 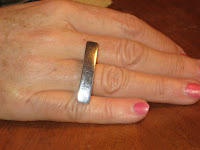 One young lady, who turned out to be the anchor of a morning TV news show in Lima, sat across from me at dinner. The entire evening, as she spoke, a simple but stunning Peruvian silver ring on her finger caught my attention.  Finally, I told her how beautiful and unusual it was.  Without any hesitation, she took it off, handed it to me, and said, "It's yours.  A gift from me."
I didn't know what to do.  I felt my face go red and was bewildered as to how to proceed.  I mumbled something about how it was too much, and I couldn't really take it.  I only meant to compliment her on it.  Really, it was so kind, but I just should not take it.


About then, our translator, Javier, who sat next to me, touched my arm and quietly but firmly said, "Take it, and say thank you.  Otherwise, she will be offended."  I did as he said, my face still burning from this extraordinary gesture.

As we said our goodbyes that evening, I wore my already cherished ring.  I promised her that as soon as my book series was published, I'd send her copies.  And I will do that.  It is a solemn oath.
Since that autumn night, I've reflected many times on the event.  Nothing quite like this had ever happened to me.  The ring has become a treasured talisman of the generosity of the human spirit.  I wear it almost every day, and it makes me happy.  It makes me reflective.  It makes me realize there is such generosity and kindness in people wherever they may live, whatever their culture.
Never have I met a person with a more giving spirit.  I was later told this is the South American way, and I do believe that.   I also believe it is the human way.  It is the way of a kind heart and a generous soul.  It is the generosity of Christmas in September.
Posted by Unknown at 2:02 PM 4 comments: Links to this post

The blustery days of winter have arrived and what better way to spend a cold afternoon then taking your young muse on an interactive adventure at the Guardian Angel Kids Ezine http://www.guardian-angel-kids.com.
Be prepared to spend memorable time as you both explore the monthly features:
A Blessed Bethlehem Birth Flip Book by Walter Lee McElligott
Follow A Star – a Rooter and Snuffle Story by Shari Lyle-Soffe (read aloud by Donna Shepherd)
Children poems, stories, and articles:
“Blanket of Snow” written by Alice Knisley Matthias, takes you on snow filled vision.
“Twas the Night before Christmas, Down on the Farm” written by Ann Ingalls and illustrated by Kim Sponaugle immerses you in the wonders of Christmas on a farm.
“All by Myself” written and illustrated by Samantha Bell brings you on an adventure of one young girl’s determination.
“Nothing Was Stirring” written by Marion Tickner and illustrated by Jack Foster is a laugh out loud mousy adventure.
“Treasures, Treats, and Traditions” by Lisa Hart brings to life the wonders of this magical time of year with a bonus Pinwheel Candy craft.
“Names for Nick” by Carol Douglas, the origins of good old Saint Nick.
Tune your child into the wonders of prediction through Dorit Sasson’s parent and teacher article “Teaching Prediction in Picture Books and Non-Fiction Text,” and by doing so will make their reading adventure that much more enjoyable.
Stop by for a gander and enjoy your time together, for the adventurous world of reading is at your fingertips.
Posted by Unknown at 9:54 PM No comments: Links to this post

Green is More Than a Christmas Color!

With festivities of the holiday season in full swing now, I want to remember that green is not just a Christmas color but a way of life.  I find it so easy to revert back to wasteful ways, indulging in mega-packaging of gifts, using wrapping paper topped off with lots of ornamentation and simply buying too many unnecessary things.

I've always loved the holidays and its myriad of trappings.  But now I find myself in a new paradigm of being  torn between comforting consumption and the knowledge that so much of it is not good for our planet.  How do we find a balance?

Education and leading by example is, I think, much of the answer.  If we can model the value of even a bit more conservation for the younger generations, we may be on to something.

Take a look at a good blog with great green ideas.  It's called The Little Green Pen and is written by Michelle Schaub.  Here is the link:  http://littlegreenpen.blogspot.com/

Maybe we can all give our fragile planet a great holiday gift by consuming less and reusing more.  Now wouldn't that be the best present of all! 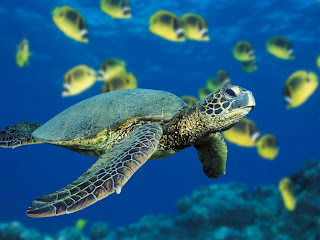 Posted by Unknown at 1:14 PM No comments: Links to this post

Picture book, One Pelican at a Time, coming soon!

My first picture book in the Bella and Britt series, One Pelican at a Time, is getting close to its release date of early 2011. The book tells the story of the girls' heroic efforts to save the old crooked beaked pelican from the Deepwater Horizon oil spill.  They have know the pelican all their lives, and he, more than anything, stands for everything good about the beach.  Along the way, Bella and Britt assist other pelicans who are in trouble.

This was an emotionally difficult book to research and, in some ways, hard to write.  It is my wish that children take heart and courage from Pelican and do their part to help save this fragile planet they are to inherit.
Posted by Unknown at 5:14 PM 3 comments: Links to this post

I will be a presenter at the Illinois Reading Council Conference in Springfield, Illinois on March 17, 2011.  My presentation is called, "Literacy Through Green Colored Glasses--Picture Book Activities that Help Kids Save Their Planet."
My picture book, "One Pelican at a Time," addresses the  Deepwater Horizon gulf spill of April 20, 2010 and features Bella and Britt, who do their part to save the old crooked beaked pelican.  The book will be available through Anderson's Bookstore at the conference.
Posted by Unknown at 9:29 AM No comments: Links to this post

As my friends all know, I am an avid gardener. Although the past few weeks have been incredibly hot, I did manage to find some time to tend to my backyard plantings. Below are some photos of my gardens. 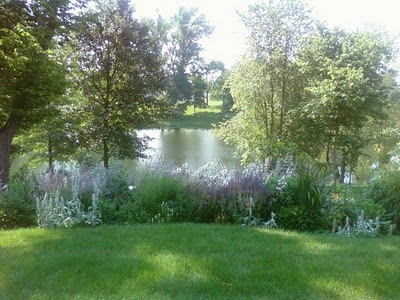