The Glorious Messiness of Writing

I am following a great blog titled, Literary Legs, written by Laura Page.  The blog is witty and well thought through.  She has done a terrific post called, The Flaws are Fine.  With Laura's indulgence, I am including it in my blog
The Flaws are Fine﻿
"I've noticed something. When I'm writing in my journal, which I do frequently, my writing is much different than it is when I'm writing elsewhere. I don't use whole sentences. I use a ton of elipses. I can stretch a single inchoate sentence over a page and a half. Basically, I describe my thoughts and the events in my day in a series of fragments and run-ons. And rather than be dismayed by this, I think it's kind of cool. I'm mean, I'm a grammar nazi and I can be pretty neurotic when it comes to correct punctuation and usage and whatnot (I'm that girl who deletes her own tweets and comments/status post updates on facebook when I discover an error and reposts the edited version). Still, the "messiness" of my informal writing makes me happy. It sort of takes for granted modifying circumstances. It's raw. It's life.
I would like to bring some of this disorder to my creative writing. Some fragmented, incomplete elements. I think this could make my prose a little more human. Somebody once told me that ancient Chinese art as well as many other great works of art throughout history, often have flaws that the artists deliberately included. I make a comparison in my head between these subtly flawed works of visual art and something akin perhaps to "stream of consciousness" in fictional prose. Both are ways to convey authentic human experience.
So maybe a little "messiness" or something that is just a little "off" in our creative work is not a bad thing. Maybe it's a really beautiful thing. Maybe it's what makes it uniquely our own."
This is just a sample of Laura's writing.  Please take a stroll through this marvelous blog.  You'll be glad you did!
Posted by Unknown at 9:53 PM 2 comments: 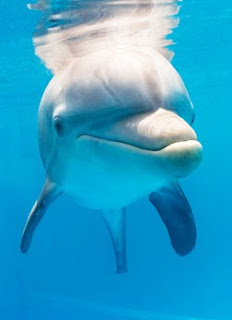 My husband and I are spending a week in Clearwater Beach, Florida.  Pelicans soar just outside our window, and on many days, dolphins swim literally under the balcony.
At the Clearwater Marine Aquarium, lives an inspirational young Atlantic bottlenose dolphin named Winter. Nearly five years ago, on a wintry day, a three month old dolphin became entangled in a crab trap line, and she was drowning.  A fisherman, Jim Savage, came to her rescue, cut her free and, with the help of several other people, managed to steer her to shallow water where they rescued her.  The bottom of her tail had been severely damaged.  None of her rescuers on that desperate day could begin to imagine the impact this tiny orphan would have on so many people the world over.


Winter was immediately taken to the Clearwater Marine Aquarium, which is an animal rescue and rehab center.  There she underwent a many hour surgery on her tail after the bottom actually fell off.
Although the team of surgeons saved her life, Winter was now an almost tailless dolphin.  What to do?  She could swim awkwardly, but the veterinarians knew she would have spine issues if she could not swim properly.
A company of expert prosthesis makers offered to assist Winter, and a prosthetic tail was devised--all free of charge. The little dolphin adjusted to it quickly.  She could swim normally while wearing it, and she actually began to jump out of the water as dolphins do!  As she grew, new tails were fashioned to accommodate her size.  Although she does not wear the tail all the time, she exercises with it, and normalcy is hers, if only for a time.
Winter has become an inspiration for people worldwide.  Along with other visitors, children and adults with prosthetic limbs visit the aquarium to see the brave little dolphin who greets as many as she can with a wet dolphin kiss!


This was such an amazing and heroic event that a Hollywood film about Winter's life has just been completed.  It is called A Dolphin's Tale and is set for release by Warner Brothers on September 23, 2011.

Every time I see a dolphin swimming freely around the docks, I think of Winter.  Her new normal is not freedom but hope.  She does so much for humanity every day.  I can't help but believe she has a life that is well lived and is content in that knowledge.
Take a look at Winter, her rehabilitation and her heroic life below:
Photo of Winter taken by Nancy Stewart
Sunday, January 23, 2011 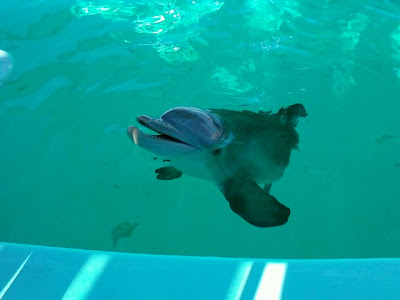 And for more information, visit the Clearwater Marine Aquarium's web site at:  http://www.seewinter.com/
Posted by Unknown at 8:52 AM 8 comments:

Once a year in mid-January, we and our friends, Stan and Kathy, drive along the Mississippi River on a mission.  Eagles!

These glorious creatures spend their winters at the confluence of the Mississippi, Missouri and Illinois Rivers, having migrated from the upper mid-west and Canada.  For several magical months, we in the St. Louis area, have the great good fortune to gaze at them in all their majesty. 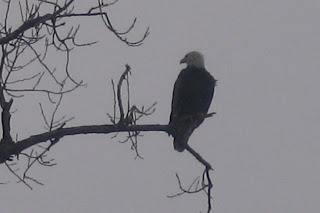 The eagle pictured here perched just above us in a winter clad tree.  It paid no attention to the earthbound mortals below.  Its gaze, rather, was on the icy river, sparkling with late morning sunshine.
Everyone watching this beautiful bird fell quiet and observed it.  What an awesome experience it provided us. We were so close yet light years apart from this creature's world.  I couldn't help but wonder what it thinks of ours. 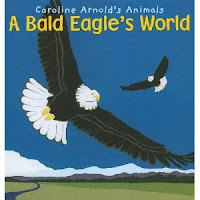 Here is a lovely children's book about eagles written and illustrated by Caroline Arnold.  It was published by PictureWindow Books (2010).  The eBook edition is available lybrary.com.
Posted by Unknown at 3:40 PM 6 comments:

My Writer's Group--Not a Step Without It!

My Writer's/Critique group is very much like eating bread.  I can't do without it, and I don't want to!  I've been a member for four years and realize what a pivotal part they play in the life of my mind.  I don't make a literary move without them.

This is a pretty selfless group of people, and the trust factor is very high.  We work together as a team.  The critiques are fair and to the point.  They always provide those fresh eyes that are so needed after countless hours of toiling over a 600 word manuscript--a jigsaw puzzle in implausibly slow motion.
Our two co-chairs, Sherry and Anastasia, never fail to support and encourage the group as a whole.  They devised a brilliant plan to keep spirits from flagging.  It was a Share Your Rejection Letters contest and was great fun.  In fact, one of our members who is a much published children's author and whose name would be recognized here, shared several new rejections with the group.  That was a major boost.  "Wow.  It even happens to her!"

A high point came this past spring when five of our company received offers of publication within a week.  It was celebration all around.  No pettiness.  No jealousy.  No ill will.  Just solidarity and support.  A circle of writers, both published and hopeful, working together to make the world a better place, is who I hang our with once a month and communicate with by email constantly.  Am I lucky or what?
Posted by Unknown at 4:43 PM 5 comments:

Email ThisBlogThis!Share to TwitterShare to FacebookShare to Pinterest
Labels: SCBWI 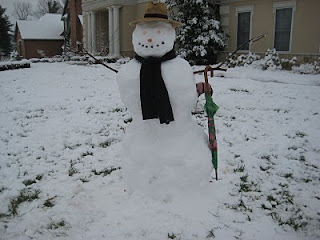 This cheerful fellow wishes happiness from my house to yours. January is a great month for sharpening our minds, reading great books and setting our computers to tapping.

What a wonderful time of year to get down to serious business.  The holidays are a memory, and lots of productive reading and writing lies ahead.
This is a magic month to snuggle up in your favorite chair with or without a cozy fire, and let your mind and heart wander at will.
I find this time of year to be a clearing house of sorts.  The cobwebs are gone, and nothing but clarity is in view.
This in-between time, before spring even thinks of appearing, I consider a gift.  I embrace it and hope you do, too.
Happy and fulfilling reading and writing!
Posted by Unknown at 5:32 PM 8 comments:

The 2010 holidays are now behind us and the January 2011 issue of Guardian Angel Kids Ezine http://www.guardian-angel-kids.com blasts in the New Year with wonderful activities, short stories, articles, a poem, and a parent/teacher article to brighten your days.
Be prepared to spend memorable time as you both explore the monthly features:
Featured Books: 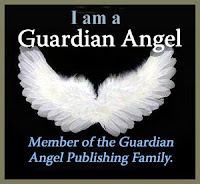 Chesley’s Crazy Hair Flip Book written and illustrated by Joanne Potts
Animal Sound Mix-Up Flip Book written by Connie Arnold and illustrated by Kit Grady
Children poems, stories, and articles:
“Swinging Sweet Tooth,” by Ann Ingalls takes you on the adventures of the nocturnal mammal the Kinkajous.
“Cassie the Runaway Cow,” by Peg Finley is a whimsical tale of learning through the eyes of Cassie the Cow as to whether or not life is better on the other side of the fence. Cassie’s journey comes to life through Jack Foster’s illustration.
“Spring Parade,” by Julia Cousineau is an awe inspiring journey of a frog’s determination to join in on the annual spring parade. Will he succeed? Jack Foster’s illustration leaps off the pages and into your imagination.
“Those Amazing Animals,” by Katie Clark is a fast paced article that shows how the zoo evolved from personal gardens into the exciting habitats they are today.
“The Coquí, Island Singer,” by Mayra Calvani. What in the world is a Coquí? Find out in this intriguing tale of an Island Singer.
“What’s In a Name? Fun Name Activities to Do With Your Child,” by Jeanine DeHoney. Teach your young muses to celebrate the uniqueness of their name through fun activities.
Stop by for a spell and enjoy your time together in the interactive world of Guardian Angel Kids where the delightful stories take you to glorious heights.
Posted by Unknown at 9:00 PM No comments: