Not everyone decides to revisit and rewrite his or her own childhood then retell it as an adventure filled with a trip to Mars. But 24-year-old author, Myles Johnson and 27-year-old illustrator, Kendrick Daye have done just that. Their new children's book, "Large Fears," is inspired by their own experience of feeling invisible due to their sexuality and gender identity. The pair decided to create a storybook featuring a "queer" boy of color named Jeremiah Nebula as the protagonist. In the book Jeremiah must learn to conquer self-doubt in order to find the courage to believe in himself.
Johnson and Daye want to share that message with the world in a Kickstarter campaign aimed at increasing the diversity within children's literature. Johnson and Daye took time to speak with NBCBLK contributor, Souleo about their own coming out journey, why they believe censorship of LGBT friendly children's books is unacceptable, their decision to self-publish, and the lack of diversity in the publishing industry.
Myles Johnson:

The fact that Jeremiah is scared connects to me when I was younger because I was scared too. I didn't have that bravery that kids normally have because of my gender identity and sexuality. I wanted to create a character that learned the lessons it took me over 20 years to learn about not being a slave to fears at an early age.
Posted by Unknown at 9:19 AM No comments: Links to this post

Books such as the "Tales from Alcatraz" novels written by Gennifer Choldenko are:  Al Capone Does My Shirts, Alcapone Shines My Shoes, and Al Capone Does My Homework. Capone was a prisoner at Alcatraz from 1935 to 1939 and was an infamous inmate, indeed.

Italian-Americans remain the last ethnic group in New York that is acceptable to negatively stereotype.

He is now going public after the chancellor (he believes) brushed him off. The Department of Education confirmed they have some of Choldenko's books in their libraries.

Al Capone Does My Shirts won the Newbery Award and other awards as well.

This blogger/author believes, as do many authors and educators, that diversity should be and is a hallmark of the US education experience.  As such, these types of books for children should not be removed from schools but need to be a focus of our historical heritage, rich and varied as it is.
Posted by Unknown at 7:31 PM No comments: Links to this post

Is It Still a White Child's World in Literature? 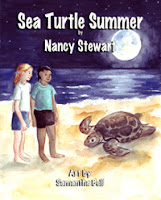 Once upon a time there were as many children of color in kids' books as there were white children.  Of course, as with other fantasy books, this book is still hard to come by.  Just ask Associate Professor Melanie Koss, who teaches at Northern Illinois University. 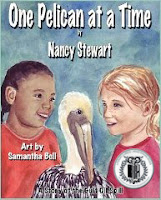 She reviewed 455 children's books published in 2012 and found that 75 percent of the main characters were white and 60 percent of them male.
Koss,who teaches children's literature and education,said:
You have to be motivated to read and part of it is being inspired to read.  If you never see yourself in a book it could have an impact on your motivation to read and it can impact reading comprehension and ability.
The study found only a quarter of the main characters in the books were non-white, and they were normally added to the background or were supporting roles to the main white character.
Forty five percent of the books' primary culture was white; blacks were featured as the main culture in just 9 percent of the books. Those that did feature black characters made their race into the story and discussed historical moments in black history. 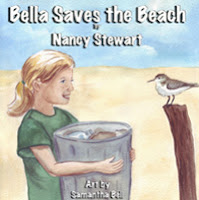 "It's right to have characters that just happen to be black in the story. Why does the race of the character have to be the story?" said Koss.
Koss's reporting highlights research as far back as 1965, when a study of books pointed to a lack of non-white characters.  Females were more likely to have traditional roles such as stay-at-home moms.

This blogger/author is delighted to have a children's series that lionizes children regardless of color.  Of that I am very proud, indeed!

Posted by Unknown at 4:24 PM No comments: Links to this post

A little sleuthing of her own inspired children’s book author Kate Hannigan to write a book on America’s first female detective.

I was researching for another book when I came across this nugget … about Allan Pinkerton’s National Detective Agency and how on Aug. 22, 1856, a woman walked in, and he assumed she was there for a secretary position. She talked her way into having him hire her. That’s how Kate Warne began her career. And I thought, ‘Why do I not know who this woman is?’ So I jumped on it.
Hannigan turned that nugget of inspiration into a new historical-fiction book for middle-grade students, “The Detective’s Assistant” (Little, Brown Books for Young Readers), which was released in April. It follows the story of Warne and her fictional 11-year-old niece, Nell. Hannigan weaves in actual cases Warne worked during her life, and the story follows historical events leading up to President Abraham Lincoln’s inauguration in 1861.

Pinkerton’s Chicago-based agency rose to fame when it foiled a would-be assassination of Lincoln, known as the Baltimore Plot. What’s lesser known is that Warne was instrumental in getting Lincoln to safety, Hannigan said. Warne lived in Chicago and worked as a detective until her death at 38 in 1868 of pneumonia. She is buried in Graceland Cemetery in the Pinkerton family plot (under the name Kate Warn), along with several other Pinkerton employees.
A former copy editor at the San Francisco Chronicle, Hannigan left her newspaper job when she and her husband, Norm Issa, and daughter, moved to Chicago in 2001. She wanted to transition from journalism and try creative writing. Meanwhile, she had two more children, Nolan and Gabriel, now 12 and 10, respectively.
Hannigan also is the author of a three-part children’s book series, “Cupcake Cousins.” The first book was published in 2014, with the second and third books in the series set for release later this year and next year.
Posted by Unknown at 9:15 PM No comments: Links to this post