The British GCSE exam board has dropped U.S. literary classics such as John Steinbeck and Harper Lee from its English Literature syllabus in a move to push for a more British-centric curriculum.

According to the new document issued by the exam board, “students should study a range of high quality, intellectually challenging, and substantial whole texts in detail. These must include:
At least one play by Shakespeare
At least one 19th century novel 2
A selection of poetry since 1789, including representative Romantic poetry, fiction or drama from the British Isles from 1914 onwards.
The change has prompted criticism from writers and readers online, leading many people to believe that the books were banned. British education secretary Michael Gove has defended the move, claiming that the books are not banned.
“Teachers are as free to introduce children to the brilliant writing of Lee, Steinbeck and Miller today as they were yesterday and nothing this government is doing will change that in the future,” he told The Guardian.
Although the U.S. owes much to the United Kingdom in terms of literature, past and present, I believe removing timeless books such as these from their curriculum will diminish the overall effectiveness of fine literature for this generation of British students.
Posted by Unknown at 7:15 PM No comments:

The purpose of World Turtle Day, May 23, sponsored yearly since 2000 by American Tortoise Rescue, is to bring attention to, and increase knowledge of and respect for, turtles and tortoises, and encourage human action to help them survive and thrive. 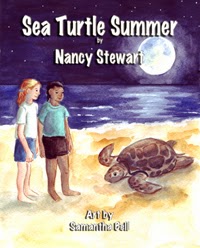 Turtle Day is celebrated worldwide in a variety of ways, from dressing up as turtles or wearing green summer dresses, to saving turtles caught on highways, to research activities. Turtle Day lesson plans and craft projects encourage teaching about turtles in classrooms.

World Turtle Day was started to increase respect and knowledge for the world’s oldest creatures. Turtles and Tortoises are some of the most amazing and endangered animals on the planet. Armed with knowledge and passion for these gentle animals, we can come together to preserve Turtle and Tortoise species throughout the world.

Adults and children can do a few small things that can help to save turtles and tortoises for the next generation:

Let's all do our part to keep these dignified and ancient animals safe!
Posted by Unknown at 4:22 PM No comments:

You have read this author's thoughts on more diversity needed in children's books. There has been a groundswell on Twitter and Tumblr, leading to a new We Need Diverse Books Campaign. 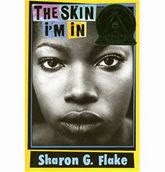 Everyone agrees: all kids need to be able to see themselves reflected in the books they read. Here is an organization that's putting its money where its mouth is as the old saying goes.

Now, a kids' literacy group thinks it's found a way to help that happen: First Book is a non-profit organization that gets books to kids in need. "There's been a growing recognition that there's a disconnect between children's books that are available and the diversity of the market," First Book CEO Kyle Zimmer tells NPR's Lynn Neary. And, she says, the statistics don't look good. "It's worse than you would guess."

After all these decades you would hope that we might have made more progress than we've made. So if you look at it, the number of — and these are statistics from a study out of the University of Wisconsin — the number of books by and about African American kids is about 1.3%. Books by and about Latino is about 3.3%. So the disconnect is profound.

The data from First Book, overwhelmingly report that in excess of 90% report that when kids see themselves in books, they are far more likely to become enthusiastic readers. But we also know that this isn't just about kids seeing themselves in books, this is also about kids seeing other kids in books, and other cultures in books
Publishers will be stronger in their response, they will produce more books with diverse content if they're sure that the market is there. So First Book stepped out with a campaign called Stories for All, where they have guaranteed to buy 10,000 copies of the titles selected that show a great commitment to diversity. And what that means for publishers is that there's a market there.
Posted by Unknown at 8:00 PM No comments:

Fewer American children are reading for pleasure than they have in the past, according to a new report from Common Sense Media.

The research revealed that the number of nine-year-old kids that read for pleasure once or more per week went from 81 percent in 1984 to 76 percent in 2013. The numbers are worse for older kids. Only about a third of 13-year-old children reported reading for pleasure less than twice a year.

So what's the future for our children's reading for fun?  My prediction is rather bleak unless more adults begin to exercise best practices in reading on a regular basis to their children.  Teachers can only do so much; adult caregivers must complete the picture.

Many young children love being read to by their special adult/s.  Buying your favorite child a book, keeping books they love close at hand, and having a regular daily or nightly reading time are but a few ways we can ratchet up an interest in books and stories.  Who knows?  You might love the time spent as much as your young one/s!
Posted by Unknown at 8:58 PM No comments:

As a university professor, plagiarism was never far away from my sights.  I talked about it, warned about it and, alas, had to take action because of it.

What I did find to be the case many times, though, was plagiarism was a sin of omission.  What do I mean by this?  Simply stated, some students didn’t know enough about plagiarism not to do it.

To that end, I’m sharing what I hope will be of value to those of you in the blogosphere who enjoy writing non-fiction but want to be accurate while doing so.  In the interest of non-plagiarism, the illustrations I’ve written below are taken from the University of Indiana’s Writing Center, Bloomington.  This is one of the best examples I’ve seen for modeling how not to plagiarize.

Here’s the ORIGINAL text, from page 1 of Lizzie Borden: A Case Book of Family and Crime in the 1890s by Joyce Williams et al.:

The rise of industry, the growth of cities, and the expansion of the population were the three great developments of late nineteenth century American history. As new, larger, steam-powered factories became a feature of the American landscape in the East, they transformed farm hands into industrial laborers, and provided jobs for a rising tide of immigrants. With industry came urbanization the growth of large cities (like Fall River, Massachusetts, where the Bordens lived) which became the centers of production as well as of commerce and trade.

Here’s an UNACCEPTABLE paraphrase that is plagiarism:

The increase of industry, the growth of cities, and the explosion of the population were three large factors of nineteenth century America. As steam-driven companies became more visible in the eastern part of the country, they changed farm hands into factory workers and provided jobs for the large wave of immigrants. With industry came the growth of large cities like Fall River where the Bordens lived which turned into centers of commerce and trade as well as production.

Why is the paraphrase above unacceptable?  The writer has only changed around a few words and phrases, or changed the order of the original’s sentences.  The writer has failed to cite a source for any of the ideas or facts.

Below is an unacceptable paraphrase:

Fall River, where the Borden family lived, was typical of northeastern industrial cities of the nineteenth century. Steam-powered production had shifted labor from agriculture to manufacturing, and as immigrants arrived in the US, they found work in these new factories. As a result, populations grew, and large urban areas arose. Fall River was one of these manufacturing and commercial centers (Williams 1).
Why is the paraphrase above acceptable?

I hope this post helps with the thorny dilemma of plagiarism.  Remember, when writing non-fiction, research is paramount.  But when gaining information from that research, be sure to do your due diligence around plagiarism, too.  It will keep you legally safe and allow you to write your wonderful non-fiction book without worry!
Posted by Unknown at 8:06 PM No comments:

For those of us in this writing racket, the discourse on print vs eBooks will not subside.  Enthusiasts on both sides of the issue are always willing to defend their positions without wavering.  The majority of authors that I have talked to feel there is a place for both delivery systems.

In fact, within the past week, Harper Lee, author of the evergreen children's novels, To Kill a Mockingbird has given permission for the book to be released in eBook form.

Below are some interesting statistics concerning the rise of eBooks.  Have a look.

According to the Association of American Publishers (AAP) StatShot report for the first month of 2014, publishers saw total trade eBook sales increase 12.8 percent compared to the prior year.

The report looked at net revenues for 1218 publishers in January 2014. The AAP also revealed that the Children’s and Young Adult category grew by 65.1 percent in eBooks and 53.7 percent in hardcovers during the month. Check it out, “The entire C/YA category, all formats, grew by +43.7% vs the previous year.”
The AAP chart embedded below shows total net revenue for January 2014 versus January 2013 broken out by category.

Posted by Unknown at 7:53 PM No comments: