A new Winnie the Pooh sequel us coming!  The book, which is entitled The Best Bear in All the World, will be an anthology of four stories, each by a different author, and illustrated in the style of original Pooh illustrator, E.H. Shepard.

Paul Bright, Jeanne Willis, Kate Saunders, and Brian Sibley, all of whom have authored several children's books, while the illustrations will be done by Mark Burgess, who also worked on the first authorized Winnie the Pooh sequel Return to the Hundred Acre Wood. The new book will be released in October of 2016 to mark the 90th anniversary of the release of the first Winnie the Pooh book.

Winnie the Pooh was created by English author A. A. Milne who based the bear on the teddy bear owned by his son, Christopher Robin Milne. Milne wrote two story collections about Pooh and his friends in the Hundred Acre Wood, as well as two poetry collections that include poems about the "bear with very little brain."

Although Milne died in 1956, Pooh and his friends have continued to delight children and adults well into the 21st century, either through the original books, or through numerous adaptations, including the popular Disney movies.

“It has been an absolute pleasure to work with four authors who have such passion and respect for Milne’s writing," said Nicole Pearson, creative director of Egmont Publishing, which will be releasing the anthology. "

Each really understood the wonderful characterization Milne brought to his books, his playwright’s facility with dialogue and his wonderful sense of humor.
Posted by Unknown at 11:38 PM 1 comment:

The Happiest Thanksgiving to you All!

My very warmest wishes to all my blog readers everywhere.  May your holiday be filled with the happiest of times to you and yours.  And I hope this holiday heralds in a peaceful Holiday Season for all of us across the world. 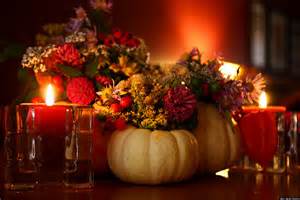 We are United with Paris

The civilized world is grieving for and with Paris.  I felt that I had to address this staggering event in my blog this week.  One might ask why staggering? After all, it is only one country.  But it is more than that my friends.  Much more.

What happened in Paris on Friday, November 13 struck a blow at all humanity.  This author is certainly not going to use this blog post as a political forum.

But what I want to do is to showcase the poignant piece of art that I actually saw on Facebook.  We all know that our Statue of Liberty was given to the United States by France in 1868.  I hope you find the relevance of this drawing as touching and freedom driven as I do.  And I hope we can all come together as a human community to put an end to this kind evil.

Pray for Paris.  Pray for all humanity.
Posted by Unknown at 8:28 PM No comments:

Random House Children’s Books has acquired the rights to the Internet meme Grumpy Cat for a series of three Golden Books. The first title, The Little Grumpy Cat That Wouldn’t, is scheduled for publication on July 26, 2016. “The deal came together so quickly,” says Chris Angelilli, v-p, editor-in-chief, and director of license publishing, who is overseeing the program. “The acquiring editor, Christy Webster, is a huge Grumpy Cat fan. She reached out to Grumpy Cat’s agent, and he said ‘yes’ right away. He didn’t even have to think about it.” The deal was met with enthusiasm throughout the company, he adds, where many employees have Grumpy Cat calendars or captioned cartoons at their desks.

“Christy is such a huge fan and lives and breathes Grumpy Cat, so the story came together naturally,” Angelilli continues. “And the illustrator, Stephanie Laberis, who had been working on some original non-licensed Golden Books for us, accepted the job before she even heard the payment or the deadline. She loves Grumpy Cat.”

The frowning kitty, whose official and fan-generated images on social media are accompanied by captions such as “Good morning... No such thing” and “I purred once… It was awful,” has accrued eight million Facebook followers over the past three years and inspired an array of licensed merchandise ranging from swimsuits to Grumpuccino-brand coffee. Ongoing Grumpy Cat publishing includes titles such as Grumpy Cat: A Grumpy Book and The Grumpy Guide to Life from Chronicle Books; Dynamite Entertainment’s comics; and coloring, sticker, and paper doll formats from Dover Publications.
Posted by Unknown at 7:32 PM 4 comments:

The Tale of a Transgender Teddy Bear Goes Global with Bloomsbury


When her father Tina came out as trans about three-and-half years ago, Australian author Jessica Walton was inspired to write Introducing Teddy, a new children’s book that tackles the unique challenges faced by transgender people. It’s alreaady received massive amounts of praise.

“When we were growing up Tina was so much fun,” Walton says. “She was such an involved, happy, really down to earth dad.”

The story focuses on the shifting dynamics of Tilly’s relationships as she begins coming out to her pals.

Walton wrote the book for her son Errol, noticing the lack of children’s books that look at transgender issues. Illustrated by Dougal MacPherson, it’s Walton’s first effort, self-published through crowdfunding. (Walton and MacPherson raised $20,000 on Kickstarter.) Following loads of positive press about the story, independent publishing house Bloomsbury will publish the book globally in June 2016.

“What’s really nice with little kids is when you read them a story that reflects your family, you know that they’re able to identify themselves in that story,” says Walton, who was scared of showing Tina the book for the first time. “Tina has been there for me so much while I’ve been writing this book. I was really nervous of showing her the draft of the text the first time because I thought I want to get this right.”

Tina, of course, loved the book.

“I just cried happy tears,” Tina said. “It was wonderful, such a wonderful thing and such a beautiful positive book. It’s a book about difference and about accepting difference and I was so proud of her when I saw it, and it’s illustration is beautiful and the story is really appealing. I think at some point you need to be honest with yourself and acknowledge the things that you hide or you feel shame about and just come out and be who you are and stand up and be proud.”
Posted by Unknown at 6:31 PM No comments: